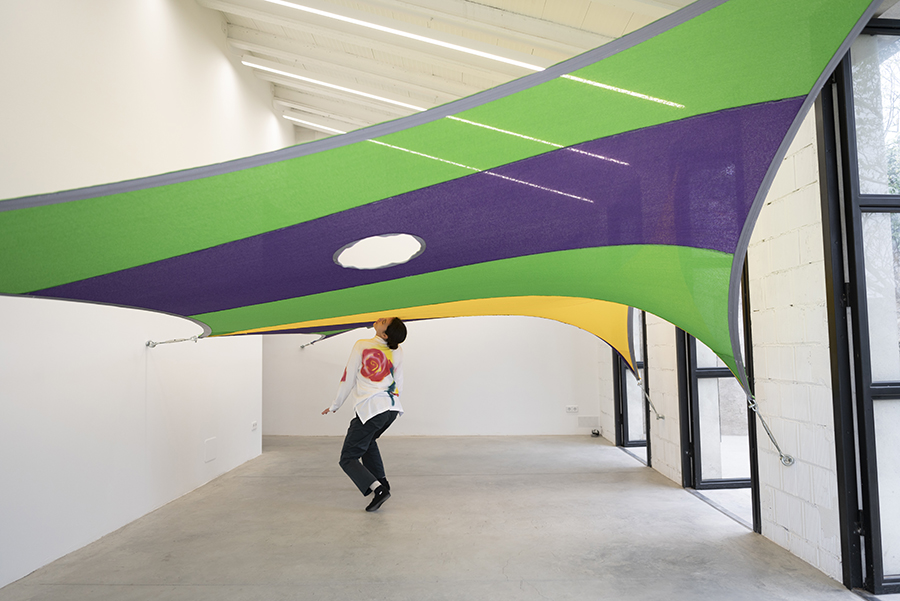 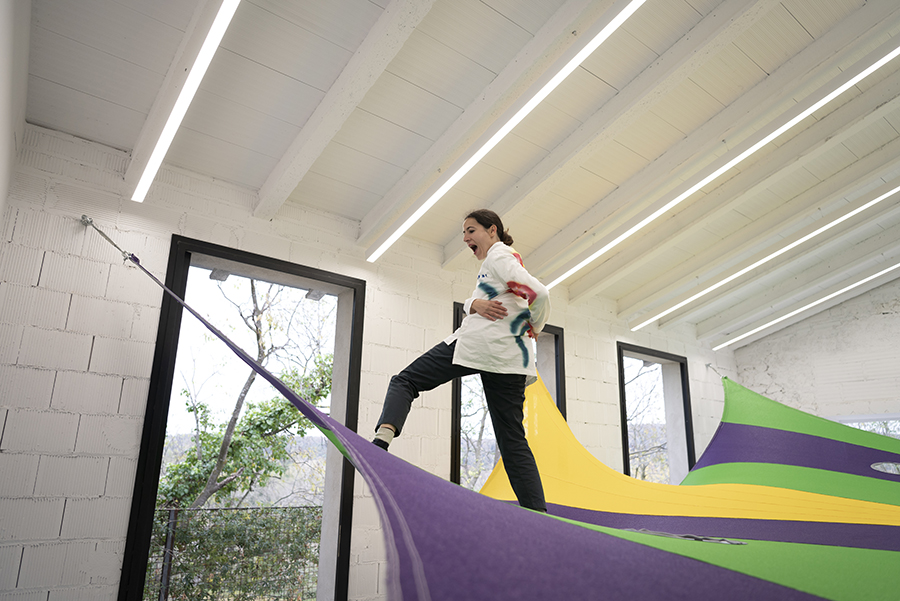 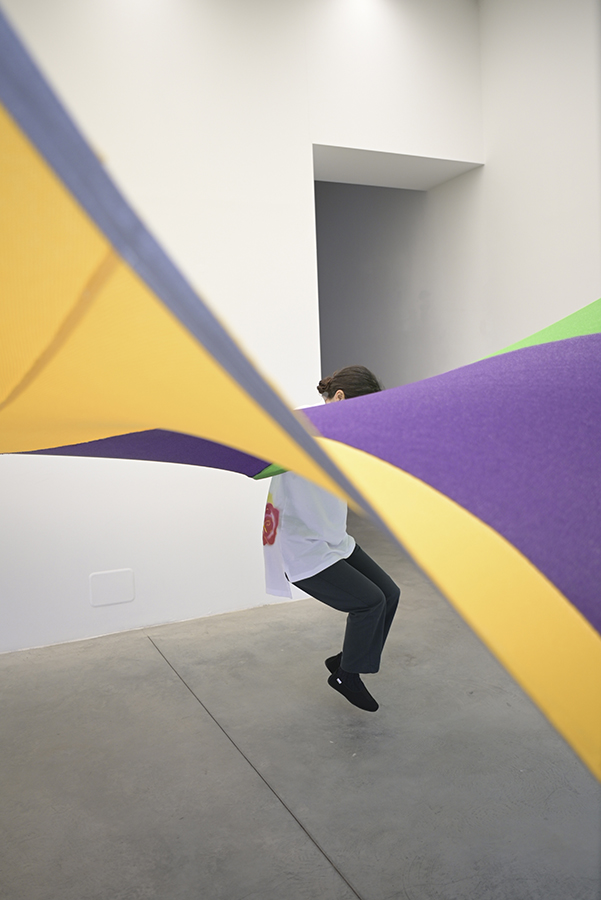 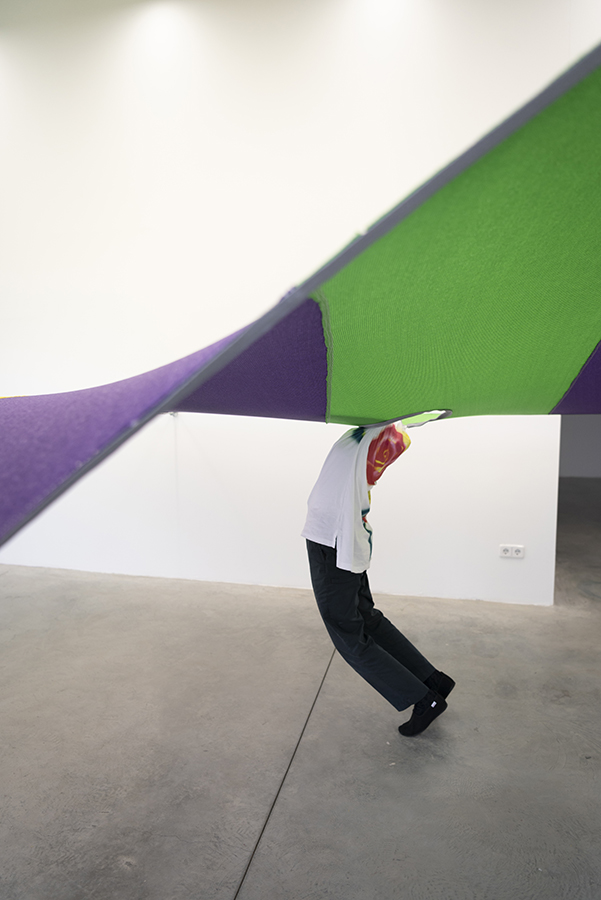 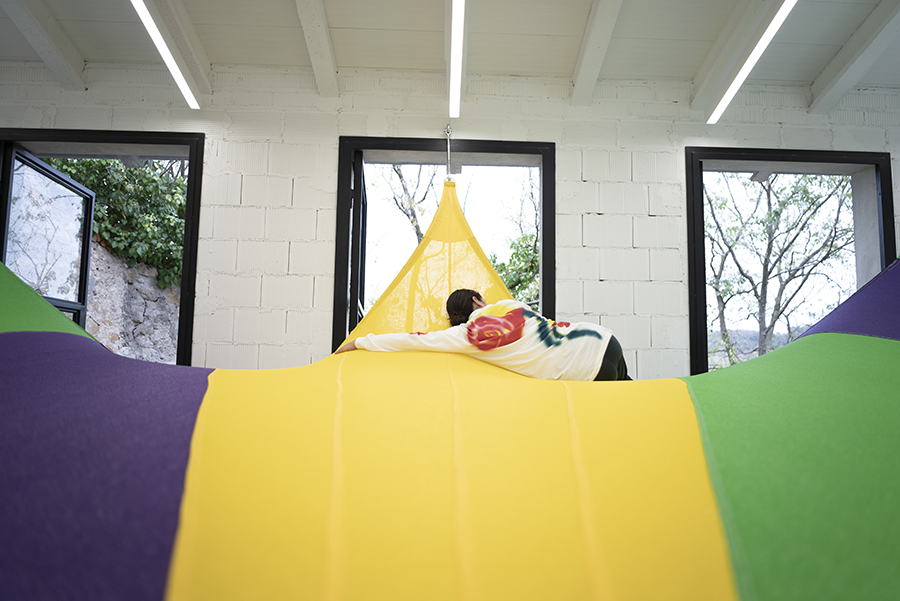 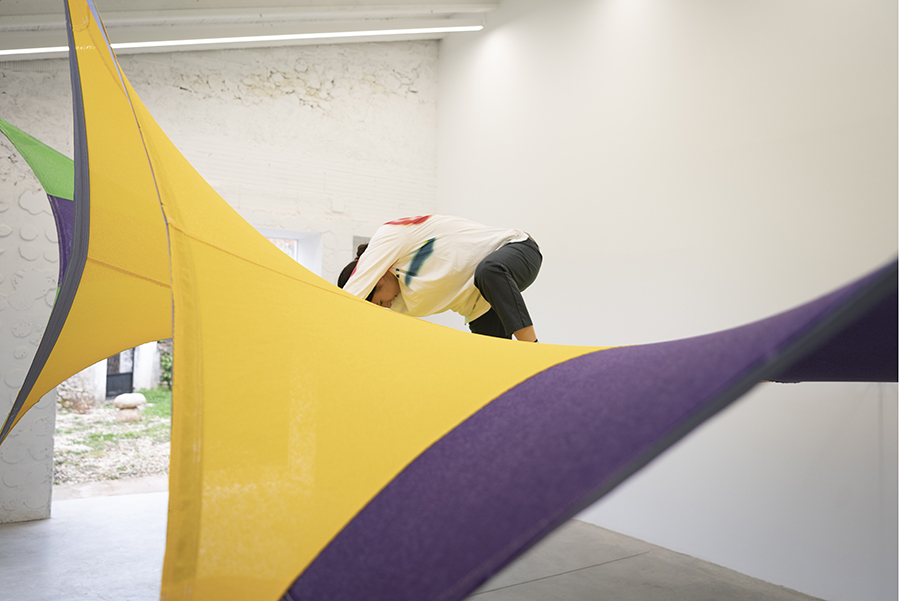 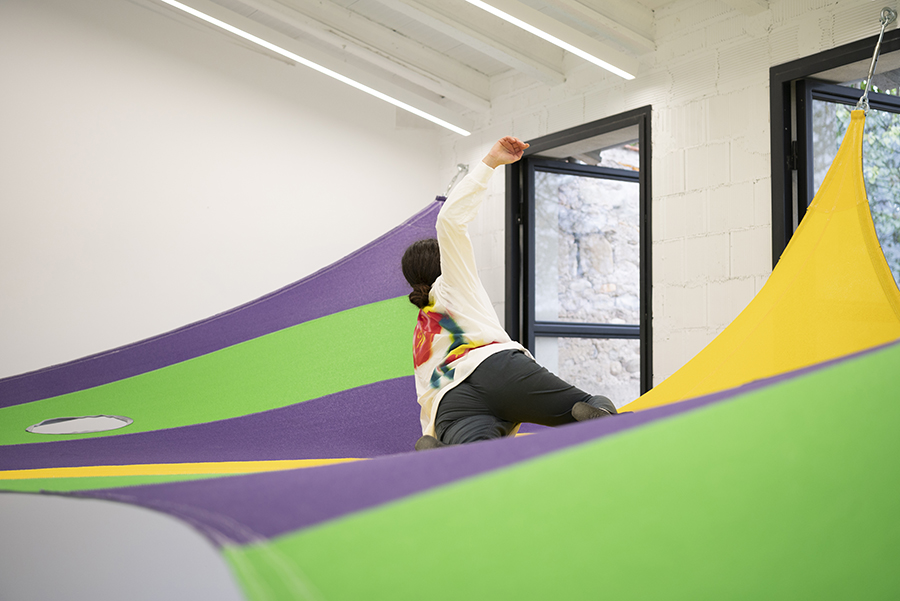 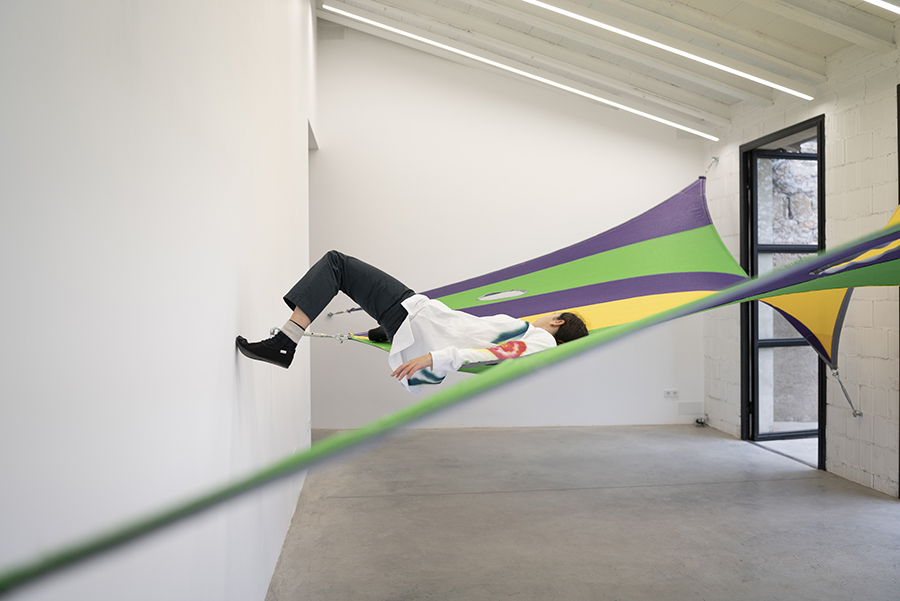 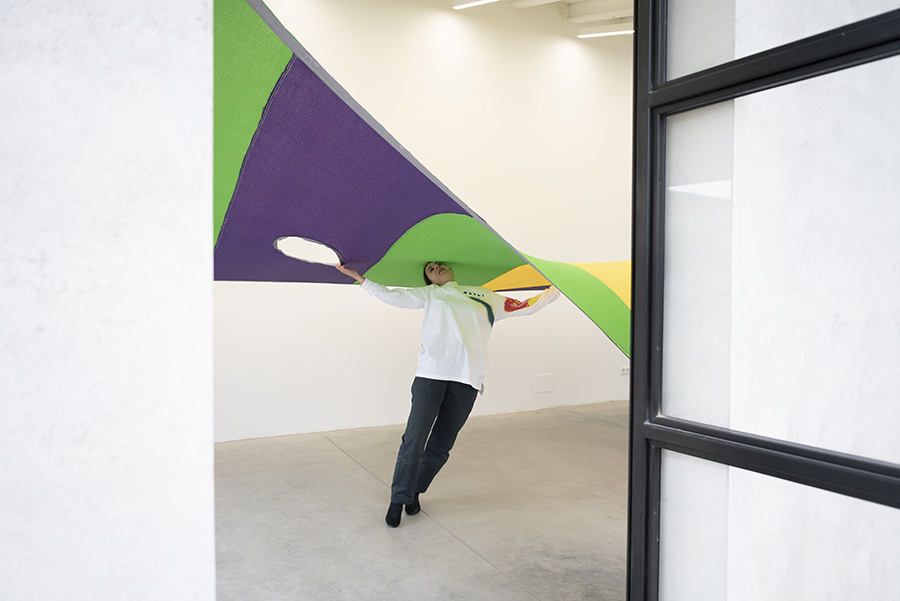 KITE, by Laia Estruch, is an exhibition produced specifically for the space and its context. KITE takes the element of wind, a ubiquitous feature of the region, to experiment with forms and functions of objects of game, sport or exploration such as windsurfs, sails, kites or canopies, that mediate between the body and the physicality of the surroundings.

In recent years, Laia Estruch has been using voice as a malleable medium that channels the result of research and experimentation in equal parts. In each project, her actions are essays that develop on specific structures, built as sculptures and stages that merge with her body by activating them. The performative practice of Laia Estruch revolves around the voice as a material reality: as an expressive power and a medium that the body exhales.

In her current investigations, Laia has been approaching unadorned basic themes of the interaction between the human body and its context. Water and air have been hovering over her projects. Both what they mean culturally, and how they go through, in and out of our organs: how the body performs in a strained relation with them. Tension is always induced in her work: at first, we encounter a structure. It resembles something we know, but it isn’t quite that, and it isn’t quite functional, nor completely inoperative. Then Laia comes on with an unassuming look, and then everything changes.